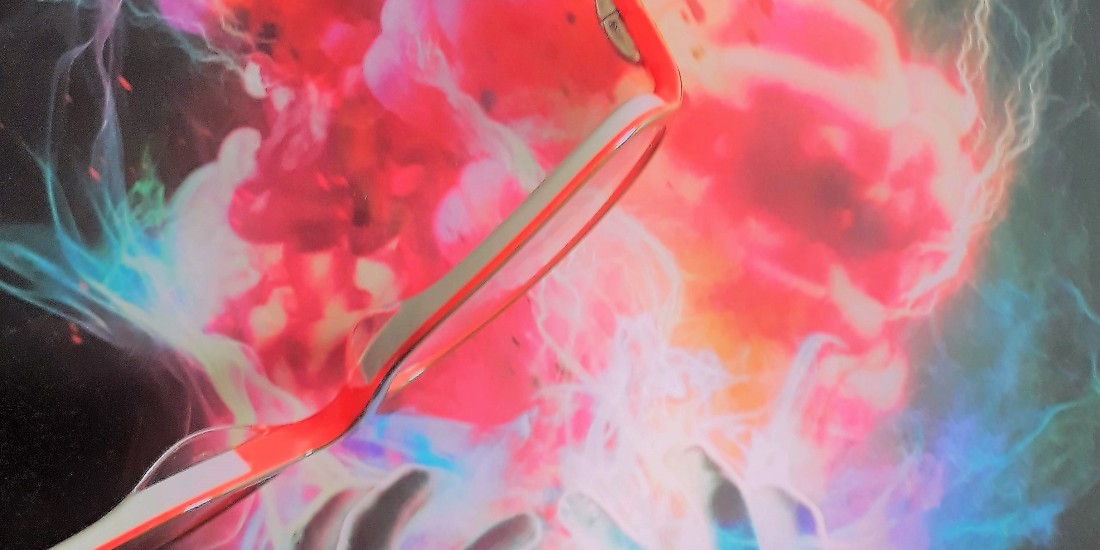 Last Thursday, 30/03, the much-lauded by critics and fans alike Legion reached the end of its eight episodes first season, having already been renewed for a second one. Revisiting the interview* I took from one of its stars – the up and coming Rachel Keller – at its starting point, I close the circle. With some thoughts on this fiercely extraordinary superhero – within the Marvel universe – series.

When I met Rachel in London last January, a few weeks before Legion‘s premiere on FOX UK, I only had the experience of its trailer. So, the first thing I did was to ask her to elaborate on her character, Syd Barrett (!) who was introduced in said trailer in a rather intriguing, quirky and… messy way: “She took my place and I took hers” declares the series – misdiagnosed as schizophrenic – hero, David (Dan Stevens of Beauty & The Beast‘s and Downton Abbey‘s fame). But neither this introduction, nor the generally strange vibe of the trailer or, moreover, Rachel’s cool and mindful words could prepare us for what was about to be unleashed on our small screens.

Genres, as it ingeniously oscillates between psychological and horror thriller, real and surreal drama, action and adventure, with a dash of musical and science fiction. Most of this occur inside David’s mind, where almost half of the series takes place. In there unfold many weird and wonderful things. The reminiscent of grant Bollywood numbers dance in the asylum expressing David’s happiness having met Syd. The many faces of David’s stowaway, Lenny, –  some (of the angry, black & white boy, with the giant, cardboard head and of the fat, yellow eyed devil)  appropriately scary, others (of a childhood dog and of an ever-present friend – the latter brilliantly incarnated by the multifaceted Aubrey Plaza) deceivingly benign. The immense ice-cube that Dr. Bird’s comatose husband, Oliver, has conjured up in his mind, converted into a loft and locked his consciousness away from the awaking world. The in true… The Matrix form “bullet time” filming method, whenever David moves around or blow things up and pauses time with his mind. The demented, creepy interpretation of Edward Scissorhands in one of Lenny’s final representations. And the unexpected, grounding emotional moments, like the one of an awaken Oliver finally remembering his wife just before he falls victim to Lenny. 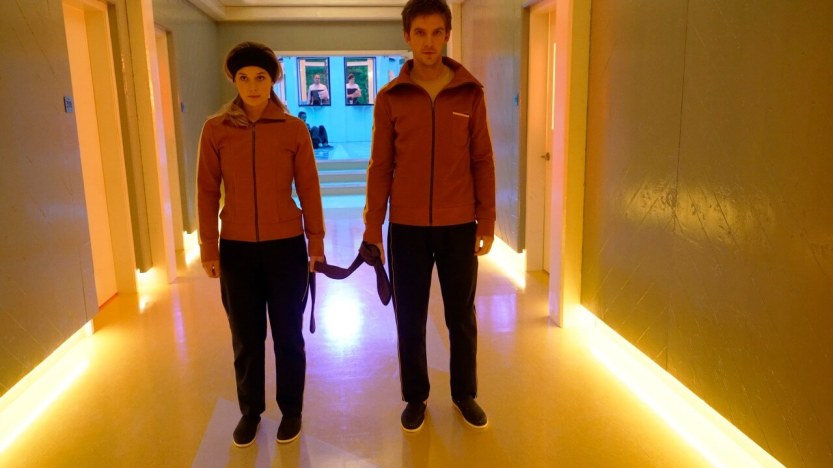 None of these however seems unfitting or out-of-place. On the contrary. They interact, interrelate and combine perfectly to achieve a highly original and astonishingly humane composition, which is unlike any other, based on a comic, super-hero story you have ever experienced.

Times, since it makes it impossible for us to ascertain with absolute certainty when exactly everything takes place. There is a sneaky retro quality to everything from clothes to technology, as the vivid, primary colours that dominate most of the mise en scène make their ostensibly 60s quality more prominent. In the comics David is the son of The X-Men‘s Professor Charles Xavier. This fact is never clearly stated throughout Legion‘s first season (although fleeting images of Xs, even one on a wheelchair, often appear on screen), but even so complicates the show’s (era) identity further, putting in question both father’s and son’s actual age and possible lifespan, while at once wreaking havoc to the The X-Men universe (including the 8 so far films) chronology. Add to the above the similar, persistent lack of locality (we never learn where everything happens) and the sense of disorientation and uneasiness becomes tangible and ever growing.

Thus… we become David and David become us. Highly intelligent and sensitive beings besieged by a more and more intolerant, cruel world, struggling to trust our own conscience as we attempt to distinguish our hopes, dreams and fears within from reality without. And then, reconcile the former with the latter, again and again, keeping at bay our darker, powerful and absolutely dangerous self.

*On behalf of FOX Greece for www.freecinema.com, hence the Greek subtitles.